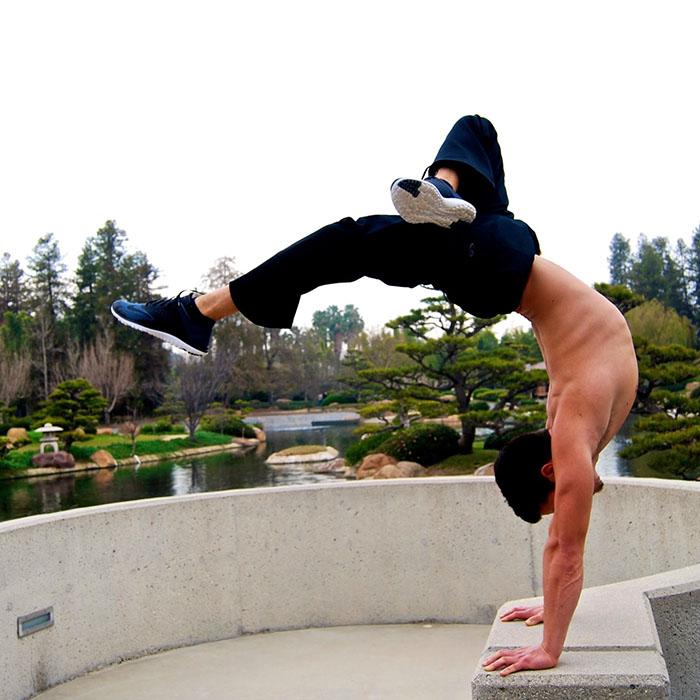 Andrew ‘MuscleUp’ Jarvis started his fitness career as a personal trainer in Hollywood in 2011. After being introduced to Calisthenics he quickly became fascinated with bodyweight strength. This led into the discovery of Calisthenics and Battle of the Bars® which he then competed in for 3 events in 2013/2014. Since then Jarvis has traveled multiple continents spreading his love for the Calisthenics and in particular ‘Handstands’ as an Elite Coach for the World Calisthenics Organization (WCO). His involvement includes Event Production, Athlete acquisition, and most notably the MC for the world renowned extreme calisthenics competition, Battle of the Bars® at the one and only FitExpo!