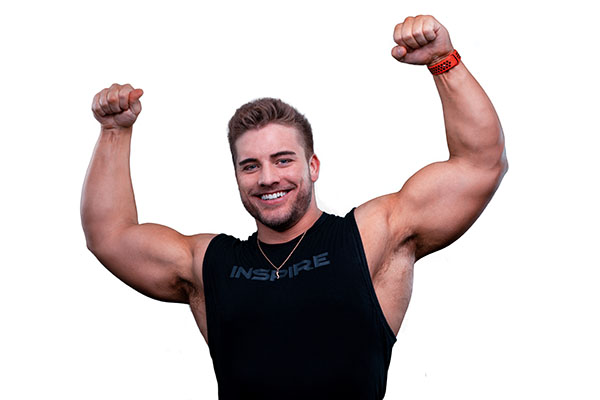 A former collegiate athlete at Chapman University, Austin Pyka won defensive player of the year in 2018. He then went on to becoming a high school football coach and in the meantime transformed his own body from an athletic build to a bodybuilder aesthetic in less than a year, ultimately loving the process of transforming a physique through proper diet and exercise. Because of his extensive background, his expertise is in athletic training and bodybuilding. At Inspire Fitness Studios Austin takes a comedic approach to his training style by introducing us to an alter ego named “DJ Bronson”, a highly energetic jokester who loves an electronic playlist.