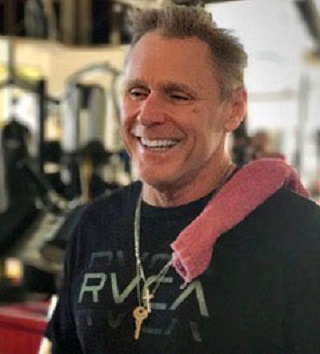 Brad has been a working fitness consultant for over 20 years. He is currently completing a MS in Exercise Science and Health Promotion: Performance Enhancement and Injury Prevention from California University.

He graduated with a B.A. in physiology from Hope College in Holland, Michigan. While attending Hope he was a Wrestler. He also played football in Chicago. While wrestling and playing football he suffered many injuries that retired him fromcontact sports. He then worked on a Masters degree From Webster University in Northbrook, Illinois. During this time he competed as a bodybuilder, placing in several local contests, including: MR.LAKESHORE, MR. CHICAGO, and MR.ILLINOIS. He was also invited to be a consulting member of The President’s Council on Fitness during President Ford’s time in office. For the next Seven years he resided in Los Angeles and was a private fitness consultant at Gold’s Gym in Venice, Ca., as well as, Rick Wilson’s In-Private in Hollywood, Ca. And Kathy Smith’s Mezzaplex in West L.A., Ca. Brad worked in various Hollywood shows and commercials including the Conan Show at Universal Studio. He has trained a large number of well-known people in the Hollywood film industry for conditioning and appearance improvement.

He moved to Stockholm, Sweden where he was one of the founders/educators at the Personal Training School. He currently has his own educations in Swedish and English under Shape Fitness Intl. He has also been involved as the strength training and defensive line coach for the 1995 National Championship gold medal winning Stockholm/Solna Chiefs American Football Club. He has trained highly competitive athletes from a variety of different sports in strength, training, cardiovascular efficiency, and injury rehabilitation. He also studied in doctoral studies in Physiology at Stockholm’s Universitet.

He also trained a select group of private and corporate clients. These include some of Sweden’s best-known stars, Corporate Executives and Royal Family Members. He has been featured in Aftonbladet, Sportguiden, and B&K Sports Magazine (3 of Sweden’s and Scandinavia’s largest publications). He has written feature articles for Sportguiden and B&K Sports Magazine, as well as, being one of the authors of the book “Personal Training”. He has a continuing Column in Fitness Magazine, as well as, writing feature articles.

He has worked with the Nike Corporation training their employees and doing seminars for “The Nike Connection”. He has been a Nike Elite in Sweden Lecturing on Nike’s touringCircuit. He taught at the B&K Sports Camp. He has lectured at the Maximum Performance Convention, Nike Convention, Swedish Championships in bodybuilding, and the Nike World Tour. He has lectured at large corporations such as Ericsson on their corporate fitness program and is a teacher /lecturer for the Swedish National Defense College (trains military officers at university level).

Currently Brad owns and operates Anatomi Functional Performance Center in Santa Monica; an exclusive personal training Location. He and his unique approach have been featured in magazines throughout L.A. and the world; including Angeleno, Brentwood, W, Vogue, New York Post, Star, OK, People, LA Times, London Telegraph (seven magazine), etc. He was recently being featured on ABC Nightly News, The Reelz Chanel, TV Guide Channel, KTLA, as well as: KKLA & KRLA radio in L.A. He also had a nationally syndicated radio show called “The Fitness Minute”. He is also an on air consultant for many of the local television stations in LA. He is training Many of the celebrities and professional athletes living in LA. He will continue to teach specialized courses in Scandinavia and in America for Anatomi Functional Performance. And will be available for a limited number of exclusive, private and corporate clients for training and seminars.