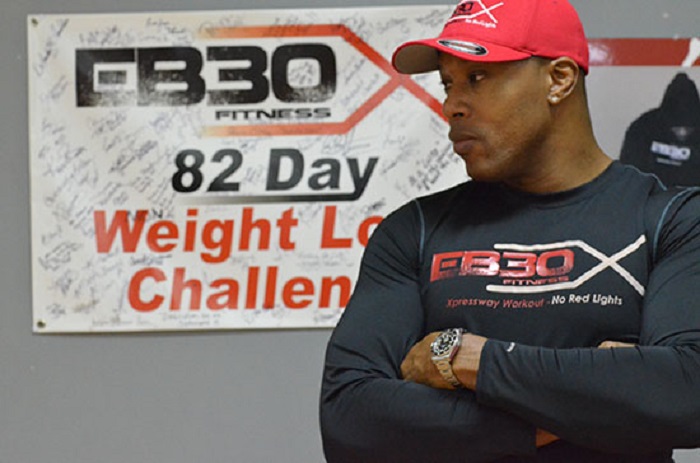 At EB30X, it is a good thing to be called a loser. Only those who lose weight earn that title, and ultimately, that makes you a winner. “Don’t be afraid of failing, be afraid of not trying. If you don’t try, you’ll never know what you can achieve.” This is what Eric Bassett, creator of the EB30X workout, often tells his clients. Raised in Maywood, Illinois on the west side of Chicago, the two-time combat veteran fought in Desert Shield, Desert Storm, and Panama. After returning home from duty, he worked a number of odd jobs, such as post office work and part-time auto sales. After facing adversity and not being satisfied, Basset realized he had another untapped gift to share – fitness. Bassett took a leap of faith and started training close family and friends in local neighborhood parks. Though the road was challenging, Bassett was more concerned with the potential. Though he never worked at a professional gym, he was used to going against the grain and put together his own fitness packages for clients. He was able to gain a few followers and repeated the process at another park. Now, Bassett has trained over 5,000 people at a variety of venues. Eric Bassett’s 30-man Extreme Workout, known better as EB30X, goes by the motto “No red lights.” The workout is an intense, 30-minute session with no breaks, which forces each client to reach their full potential through sweat. What makes EB30X stand out from other workouts is that there are tons of compound explosive exercises done to upbeat House music, a Chicago classic.