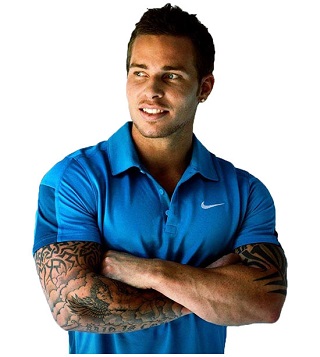 Fraser Bayley has an unusual story – having gone from being a mentally ill butcher to a passionate vegan advocate and bodybuilder. In a struggle to overcome serious mental illness (including bi-polar disorder, ADHD (a learning disability), and severe social anxiety), Fraser chose to walk away from the butchery industry for good. He never realized how health, fitness and veganism would then come together and transform his life in many amazing ways. Today, Fraser operates an online vegan health and fitness brand called Evolving Alpha with his wife Lauren, which helps other vegans and curious non-vegans get healthy, fit and strong via a range of plant-based, vegan nutrition programs and coaching options. Fraser says, “I remind people on a daily basis to be the kind of vegan you would have wanted to meet before you became vegan. When we can lead from that place, we can change lives and help so many animals in the process. Part of my health and fitness motivations within veganism is to be a strong walking billboard for this beautiful lifestyle. Because so often once someone sees that change is possible on the outside, they change on the inside too. To help others transcend old beliefs and limitations, and take part in this rapidly growing movement is a meaningful endeavor for me. To ultimately show other fitness goers that you can be strong, fit, and in great shape, and do it all on a plant-based diet as a vegan, is one of my missions.”