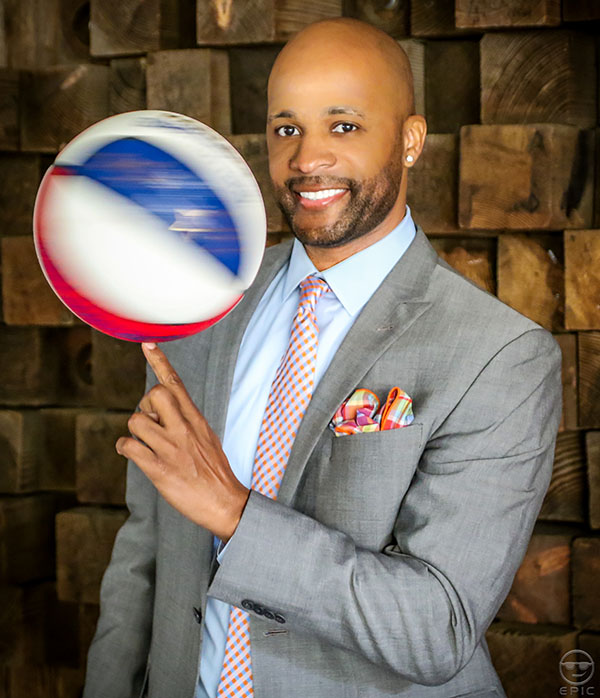 Herbert “Flight Time” Lang is an 18-year former player and coach with the Harlem Globetrotters. He came from humble beginnings, growing up in the projects of Brinkley, Arkansas. Being a Harlem Globetrotter and a celebrated athlete led him around the world, traveling to nearly ninety countries where he has interacted with governors, presidents, popes and many other powerful dignitaries. Lang graduated from Centenary College of Louisiana in 1998. During his tenure there he led the Trans-America Athletic Conference in scoring and won the National Association of Basketball Coaches Slam Dunk Contest. The Globetrotters invited him to their training camp in 1999. The rest is history and a unique journey told in his recently published memoir: Projects, Popes and Presidents. Being featured on numerous TV shows and contests landed him on Are you Smarter Than A 5th Grader, Amazing Race and more. Lang has participated in three seasons of Amazing Race and raised the most money of his fellow players on 5th Grader, totaling $25,000 of the $45,000 for the Make A Wish Foundation that week. Lang resides in Sacramento, CA, in which he does on-air corresponding, keynote speaks on concepts in his book, and creates clinics for youth to explore their mental and athletic greatness.