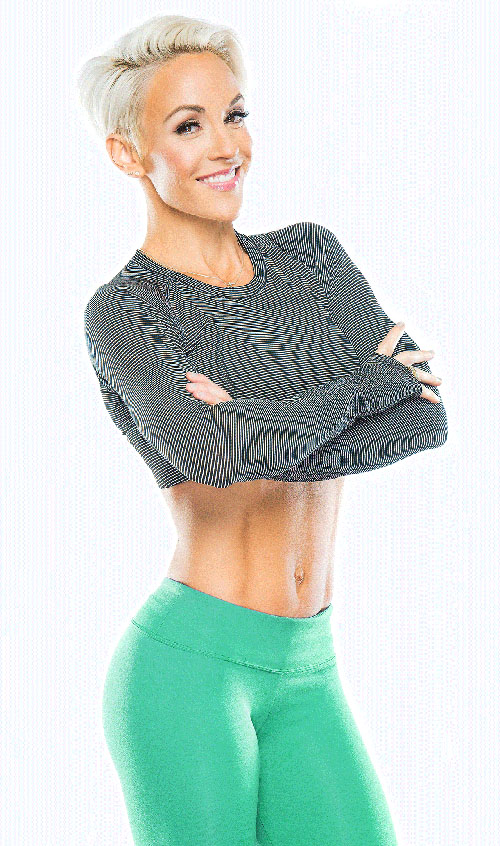 Hey I’m Jessie Hilgenberg, mom of 2 and the Jessie in Jessie’s Girls! I created the Jessie’s Girls Training Programs in 2014 after many years of competing in figure competitions. Having severe gym anxiety my entire life, I was motivated by my father and husband who both made fitness and health their lifelong passions. The only way I could push out of my comfort zone and get through the hardest times in my life was by facing my fears and committing to figure competitions. This forced me to go to the gym and push through my anxiety, keep promises to myself, and reach my personal physique and health goals. I won many shows and went on to earn my pro card and became a professional figure competitor in the International Federation of Bodybuilders (IFBB) in 2012. I kept going and became a fitness icon, published fitness writer, magazine cover model, and athlete with companies such as NLA for Her and Bodybuilding.com. But it was during my pregnancy with my first daughter, Sammie, that I decided I wanted to do more for women and fitness than compete on stage and inspire with my physique. I wrote multiple training & nutrition e-books that are now known as the popular Jessie’s Girls Programs. Since launching these first programs, and starting a movement and community for women around the globe – there are now many more Jessie’s Girls Programs and fitness challenges, I’ve put on over 40 women’s fitness weekend retreats called Jessie’s Girls Camps, and lead an entire community of women who learn how to lift and do nutrition so they’re not “on a diet” and can reach their physique goals while living a real life that works for a lifetime. Let’s do this!