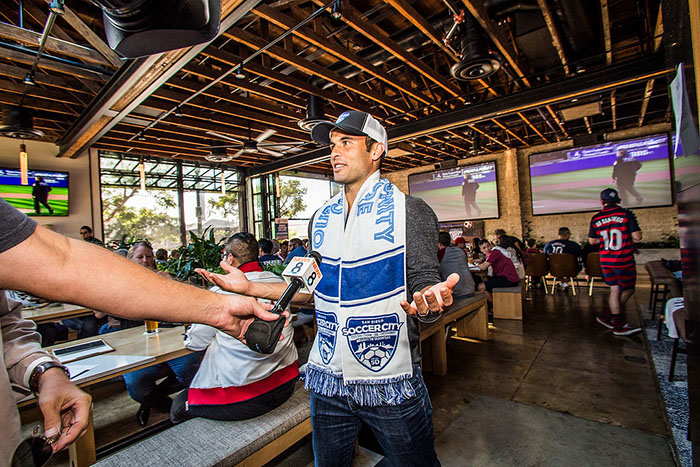 Landon Donovan is an American professional soccer player who last played for Liga MX side Club León. In MLS, Donovan won a record six MLS Cups and is both the league’s all-time top scorer with 145 goals and the league’s all-time assists leader (136).[6] The Major League Soccer MVP Award has been renamed the Landon Donovan MVP Award in his honor. He played in 3 world cups and is the United States men’s national team record holder for most goals (57) and most assists(57).

He is now a partner with SoccerCity SD, which is trying to bring a Major League Soccer franchise to San Diego along with a river park, and entertainment district to Mission Valley. He resides in San Diego with his wife and two children, and has another future soccer player on the way. Landon is appearing at TheFitExpo supporting Measure E