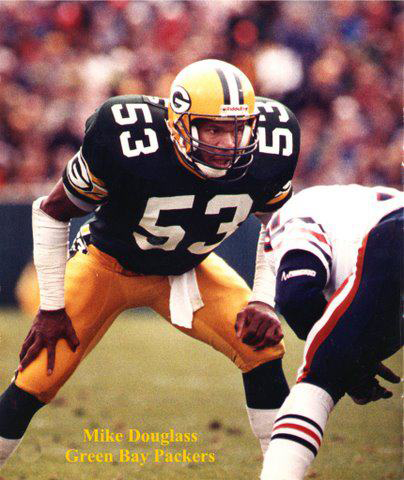 Mike Douglass played in the NFL for 9 years with the Green Bay Packers and the San Diego Chargers. Mike was a 5 time All Pro Linebacker and inducted into the Green Bay Packers Hall of Fame in 2003. Mike competes as a Natural Bodybuilder with over 20 first places, six times he won the California Natural Bodybuilding Championship. Mike Douglass opened Alpine Fitness in 1996. He’s a professional low-fat chef and also owns “Mike’s Place” a low-fat resturatant on the second floor of Alpine Fitness. Mike’s also a Personal Trainer. He trains professional athletes as well as Miss California for the Miss America pageant. Mike is the Best overall consultant for Fitness and Nutrition in Southern California. NFPT Certified.

You can workout with Mike #53 on Saturday and Sunday in the Group Training Zone for the Celebrity Bootcamp. Come workout and win with Mike.