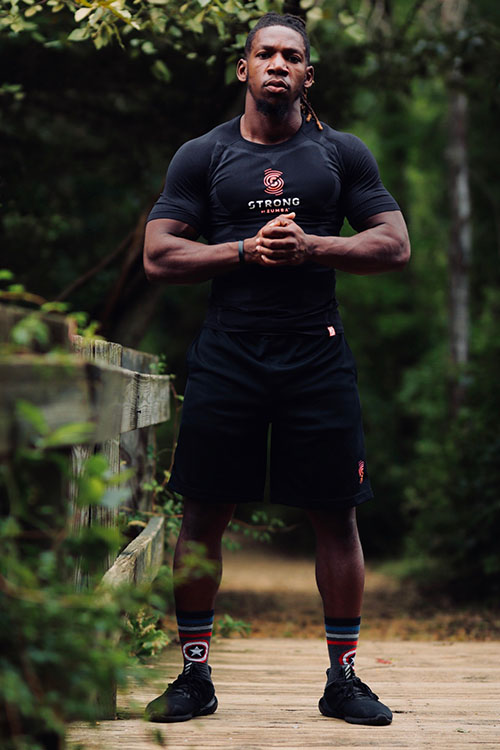 Nate Offer was born and raised in Vineland New Jersey. He is a former 2x 4×4
Penn Relay champion 2009-2010 with Vineland high school in track and field and was a former semi pro football athlete. He became a personal trainer in 2013 and in 2014 he started his own training company called “Dreams 2 reality world wide Llc”. He has been with Zumba since 2013 and been with Strong by Zumba since 2016. His goal is to be the best example he can be, motivates others to get fit, healthy and most importantly chase their dreams.

You can find Nate in TheFitExpo’s World Workout Tour