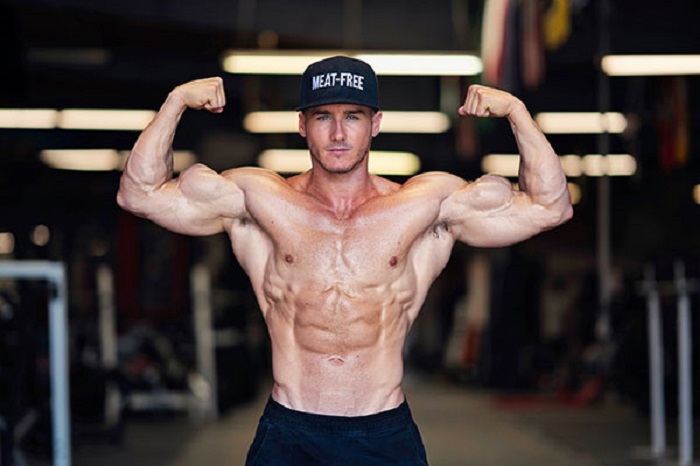 Nimai Delgado (@nimai_delgado) is a vegan IFBB professional bodybuilder, as well as a fitness and nutritional coach. He was raised on a vegetarian diet since birth, and has never consumed any meat in his lifetime. In his early twenties, Nimai decided to transition to a completely plant-based diet after he recognized the unethical exploitation of animals for human convenience. Nimai uses his social media and professional bodybuilding platforms to inspire and enlighten thousands about the benefits of a plant-based lifestyle. He has quickly risen through the ranks of the bodybuilding world, all the while disproving common misconceptions about veganism and the dependence on animal protein. What began as a personal mission has evolved into an endless effort to educate the masses and help them realize that they too can have big muscles, and a bigger heart.