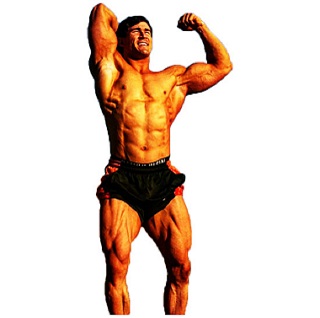 Ryan Nelson is known as the world’s biggest vegan bodybuilder. He’s proven that vegan athletes can step on stage against the biggest competitors, winning in multiple bodybuilding and classic physique competitions in 2017. Nelson’s story is interesting – He grew up a hunter and rancher in small town Wyoming. Nelson states, “It wasn’t until my early twenties when I became aware of how many animals were being slaughtered and became an ethical vegan.” With his Midwestern country values and down-to-Earth attitude, Ryan has made it his duty to bring more attention to veganism and animal rights through vegan bodybuilding.

With a smile that lights up a room, and sense of humor that never stops, Ryan has the uncanny ability to brighten anyone’s day.