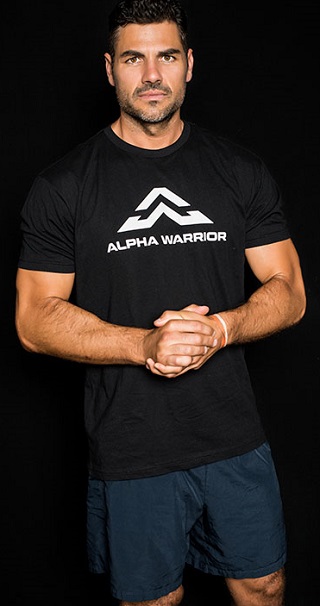 Twenty-year fitness veteran Wesley Okerson can be seen on NBC’s “STRONG” as the trainer for the Gray team. He is a busy personal trainer with a high-profile client roster that includes Tom Cruise, Gerard Butler and Katie Holmes. Accustomed to working with actors who have very little time, he knows how to get quick results. Okerson developed his passion for fitness while in college, where he was a starting collegiate pitcher. Upon moving to Los Angeles he immersed himself in the fitness industry and soon developed his personal training business. He earned his Bachelor of Sciences degree in Kinesiology from the University of Maryland in 2001 and relocated to Los Angeles soon after. He quickly made a name for himself working with many of the biggest talent agents, managers and lawyers that led to the training of many of their clients. His first big break came in 2007 when he became Mr. Tom Cruises’s private, personal trainer full time. During his two year span with Mr. Cruise, Wesley traveled through Europe and spent over six months in Berlin, Germany with Mr. Cruise during the filming of the movie, “Valkyrie”. While overseas Wesley began training Mr. Cruises’s wife, Katie Holmes for the New York City Marathon, and within three months the two would cross the finish line in New York’s Central Park in front of thousands of spectators. His responsibilities also included personal training, building on-site gyms in many different locations, California, New York, Louisiana, Germany, and Tennessee. His current other well known clients include Sasha Baron Cohen, Isla Fisher, Ed Weeks, and Casey Wilson to name a few. Okerson is currently Training Mr. Gerard Butler in preparation for his upcoming, new movie projects.